Why Can't I Just Sleep?

Do I have insomnia?

How to know if I have insomnia?

What are insomnia symptoms?

Do you search for results on how to sleep better with no real information to help the root cause?

If you have searched for any of these questions, then keep reading…

These are all symptoms of insomnia.

You may still feel tired when you wake up. Insomnia can reduce your energy and mood and affect your overall quality of life. A lack of sleep can open the door to other mental health concerns; such as anxiety, depression, or chronic fatigue.

Do you miss spending time with your loved ones because you are so tired during the day and then can’t sleep at night?

Well, let’s break down the importance of sleep and how SYMMETRY Neuro-Pathway Training can help. 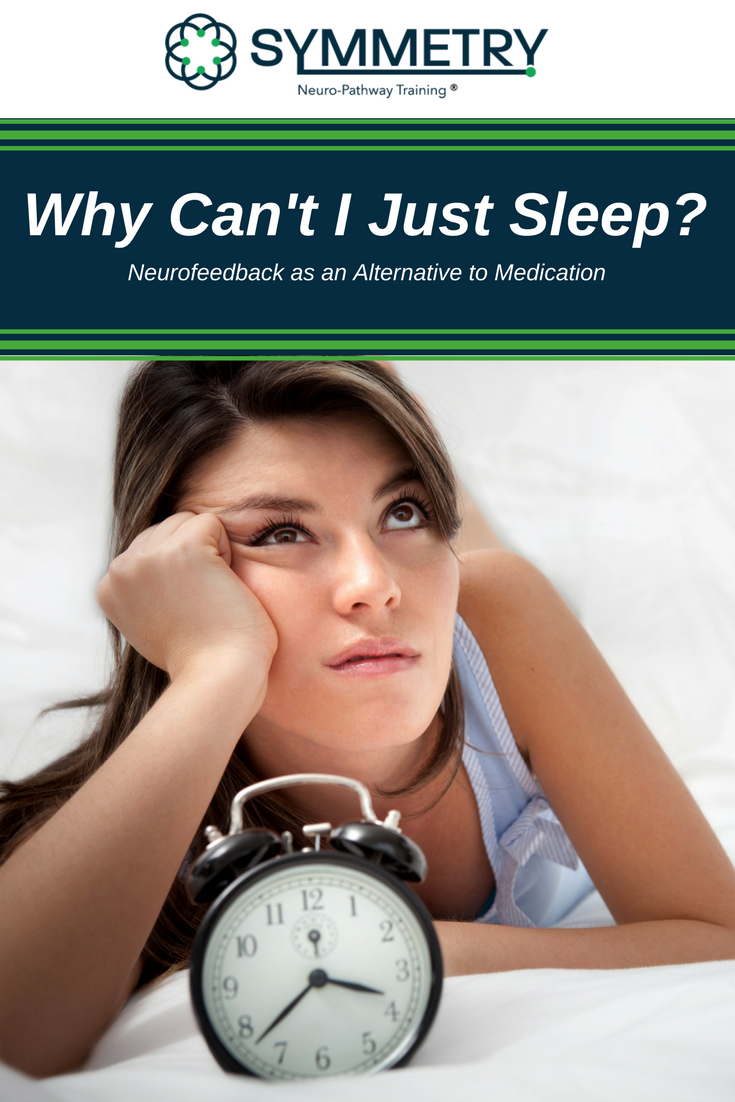 How Important is Sleep for Adults, Teens and Children?

When you do not get the needed amount of sleep you need for your own personal health, you will begin to create a “sleep debt”. Just like a bank, your body will be requesting you to repay this “sleep debt” in symptoms you are probably experiencing. These little reminders can really begin to affect your quality of health, mood, and life. Feeling tired throughout the day, falling asleep at school or work; feeling achy because your body is too tired from pulling energy from other bodily resources.

Do you think to yourself.. “There isn’t enough caffeine in the world to get me through today, what can I do to fix this?”

Let’s break down the body and brain’s reaction to this “sleep debt”. If you’re averaging four hours a night, your brain reacts as though you haven’t slept at all for three consecutive nights (1). With limited sleep, your brain will not work properly and you will see that the communication between your brain and body will lessen. You will find yourself having a slower reaction time, weaker memory, more forgetful and other thinking concerns.

Did you know that in the US:

Especially prone to fall-asleep crashes are shift workers, particularly those who work nights and are likely to be sleep-deprived. Up to 30% of those with non-traditional work schedules report having had a fatigue-related incident or accident while driving in the past year. Other high-risk groups include young adults (age 16 to 29), and commercial drivers, who spend long hours on the road, especially at night. (3)

Job burnout has been associated with a multiplicity of health problems, such as hypertension, gastrointestinal disorders, and sleeplessness [5]. It has also been associated with performance-related issues [6], demonstrating its direct impact on workplace effectiveness. (4)

The scariest result I found was this one. “In 2008, two Mesa Airlines pilots flew 25 nautical miles past their destination in Hilo, Hawaii, while the control tower tried to get their attention. It turned out they were asleep. The captain of the Feb.13, 2008, Mesa Airlines Go! flight told the National Transportation Safety Board that while this particular nap wasn’t intentional, he often napped in the cockpit for 20 minutes at a time.(7)”

They go on to say that “The idea of pilots napping at 30,000 feet may sound horrifying, but pilots across the world are taking naps in the sky every day. And it might actually make air travel safer. (7)” They argue that having a nap here or there for 10-15 minutes can help refresh the body and mind. I definitely agree with naps.. on the ground.. in a bed or couch. But, isn’t that why they normally have 2 pilots in the cockpit? I don’t know about you but if I am paying for a service, I want to be safe, the pilot alert and paying attention to arrive at the destination safely.

I think most people are well-aware of how insomnia will affect their body, mind, and quality of life before reading this post. Most are searching for solutions and SYMMETRY Neuro-Pathway Training has one that could work for you. We use neurofeedback in our training program to help improve symptoms of insomnia.

One of the main issues with insomnia is that a person’s circadian rhythms are primarily controlled by brainwaves. Disrupted sleep can be environmental but the quality of sleep and restfulness is reduced if there is brainwave dysregulation. Chronic Pain, Fibromyalgia, or other chronic fatigue symptoms are accompanied by sleep disorders. In 1975, two Canadian physicians and researchers, Harvey Moldofsky, MD, and Hugh Smythe, MD suspected sleep disorders as a factor in Fibromyalgia. They conducted sleep studies to prove their theory and concluded that the patients not only had sleep abnormalities but also had dysregulation of normal body circadian rhythms affecting periods of wakefulness too. (Aka – Brainwave dysregulation)

How Does Neurofeedback Improve Insomnia?

A number of quality studies have been published that show the effectiveness of neurofeedback in not only easing the withdrawal symptoms of sleeping pills, but also normalizing a patients sleep patterns without the use of any medications at all. Neurofeedback research is based upon the principle that insomnia is connected with what is called hyper-arousal within the brain and central nervous system.  This hyper-arousal is bio-electrical, or brainwave based in nature.

Mental states are associated with specific brainwaves. Each brainwave represents a specific processing speed of the brain– also known as arousal level.

These brain waves include:

What is Neurofeedback and How Does it Work?

SYMMETRY Neuro-Pathway Training provides neurofeedback in our training program. Neurofeedback is an innovative form of brain training that retrains brain waves through auditory and/or visual stimulation by simply watching a movie, listening to music, or playing a video game.

Neurofeedback works on a subconscious level, through a psychological process called operant conditioning. The brain is conditioned to reduce unwanted symptoms through positive and negative reinforcement. This form of brain training is an alternative and holistic form of treatment to medication. It is non-invasive, uses no medication, it is painless, and long-lasting. With brain training sessions completed twice a week, which averages between 40-50 sessions in total, many clients are able to reduce or cease their medication usage once their brainwaves are retrained and are functioning correctly.

If you are sick and tired of being tired and unable to sleep, please call us at (844) 272-4666 or fill out the contact box below to discuss your options with SYMMETRY Neuro-Pathway Training. 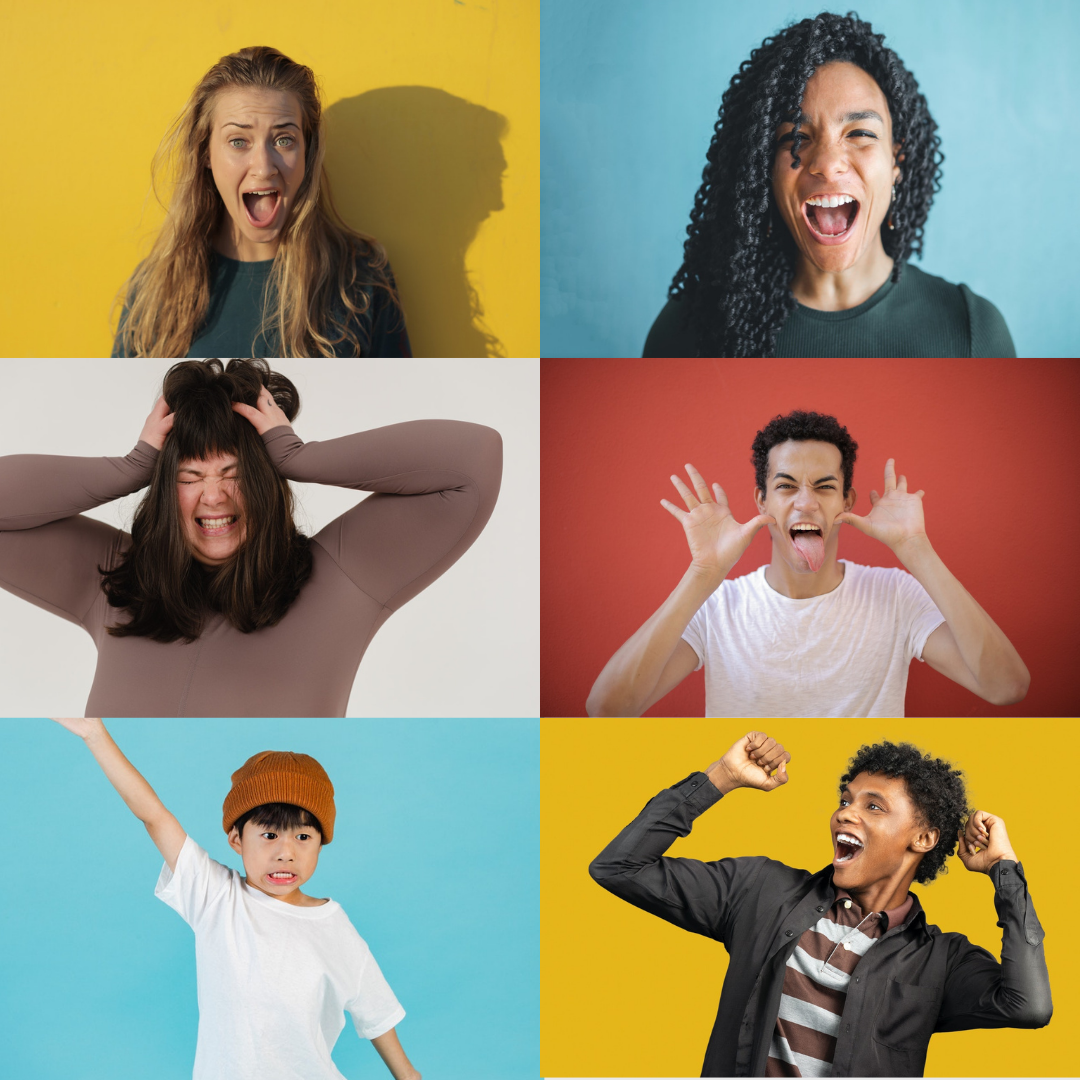